There's Hybrid and then there's Hycut. What's the Difference?

Several remote control Mowers claim to be hybrid, but there are some big differences between these and the Hycut True Hybrid system.

There are several remote controlled rotary mowers for banks that claim to be hybrid (A mix between electric and petrol powered).

Most of these use an engine to drive the deck and to run a generator that powers the electric track motors.

There are several issues that arise from this technology. 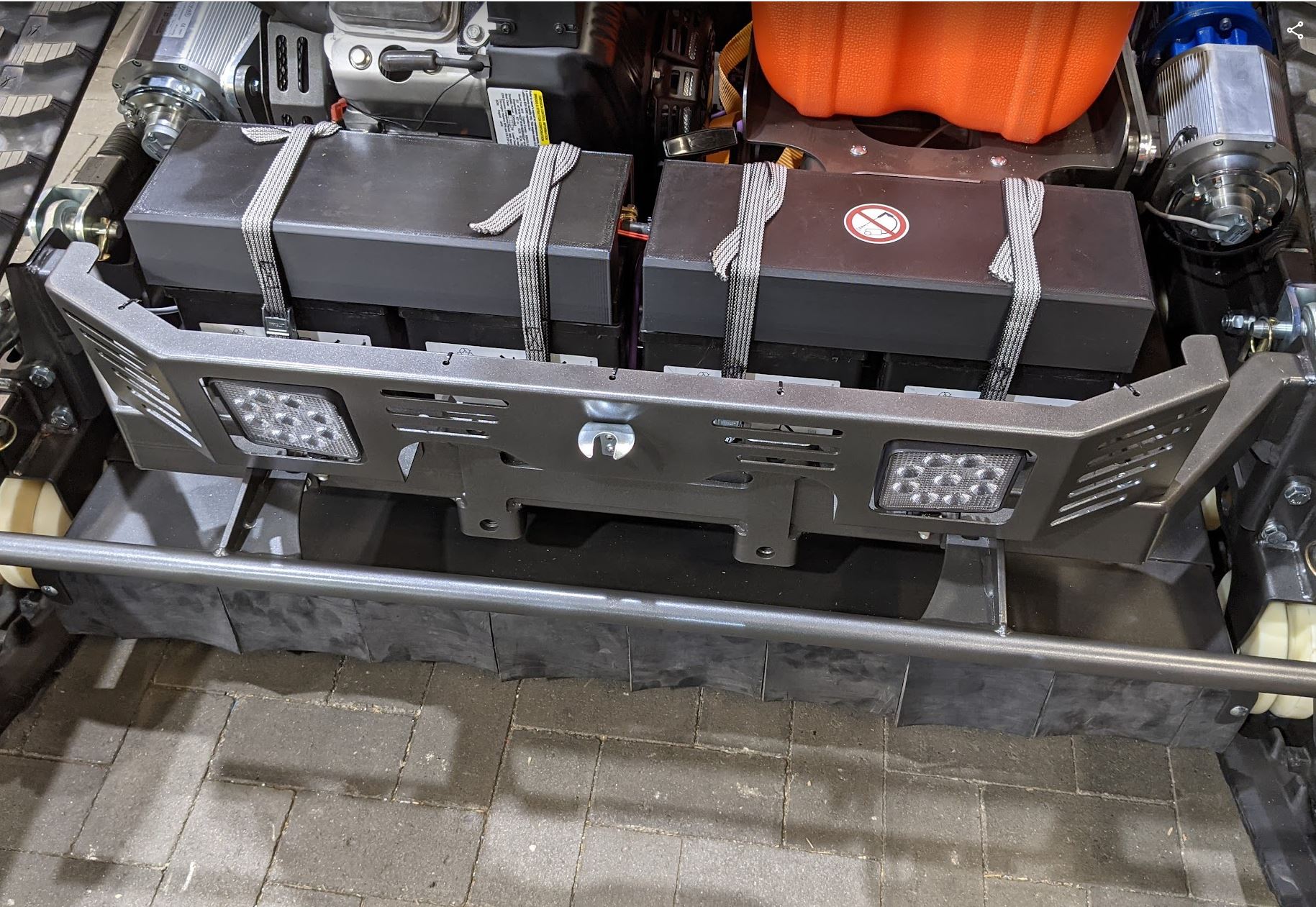 The Hycut hybrid mower is very different. It uses a battery bank to power electric motors that run the blades and the tracks.

All the engine does is keep the battery charge topped up. Let's look at all of the issues above and see how this has a big impact on each.

Belt wear is a common maintenance issue on mowers. In mowers that run the belts off of the engine, the belts are engaged via a clutch and is dependent on the speed of the engine. If the blades are under load when they are engaged, the engine will keep trying to overcome this at full speed. What usually happens in long grass is that the belt slips and wears and the engine takes a brief reduction in revs while it tries to overcome the work.

Because the Hycut uses an electric motor to power the blades, the motor speed can be slowly ramped up over a few seconds. This allows the belts to engage under much less strain and greatly reduces slippage and wear, meaning your belts will last much longer.

When you ask the mower to turn left or right, speed up or slow down, you want it to do this immediately.

The Hycut is drawing power from the battery bank, not the engine, so it always has immediate power available to complete operations.

This makes the controls much more responsive to your requests on the remote control.

For similar reasons if the engine cuts out; a competitors machine will be stranded. That's because the battery bank isn't usually providing the power directly to the motors. It relies on the generator, which loses power as soon as the engine cuts out. Often the motors are not braked, so the machine can also run away down the slope.

As the Hycut uses the battery bank to power the motors it can drive about 300m without the engine running, so you can safely drive it back to the bottom of the slope. The brake on the motors also kick in to prevent it rolling down the hill, even when the engine is off.

Because the engine on competitors machines is powering the blades and the generator for the track motors, it is constantly having to make big adjustments while it is running to account for longer grass, steeper inclines and other variations in demand on the engine. This consumes a lot of fuel.

The Hycut is only using the engine to charge the battery bank, which means that the revs are pretty much constant at all times, and there is very little demand on the engine. This is like the comparison between lots of accelerating and braking in a car, versus a long steady motorway drive. The erratic driving will consume much more fuel than the smooth steady motorway pace. In face, the 25l fuel tank will last a full day of mowing.

Because the Hycut is electrically driven, we can collect masses of information about how the machine is performing, which competitors simply cannot.

This is explained more fully in another blog here; https://kerstenuk.com/blog/features-and-benefits/kersten-hycut-battery-hybrid-mower-user-interface

Most machines are only able to track very simple engine information. We are able track much more information on each of the motors, as well as the engine and other components. Doing so allows us to make useful updates to the mowers and has resulted in a much more reliable product.

As a competitors machine drives into longer grass, you will hear the engine struggle as the blade tip speed is slowed. As this happens it increases belt wear and can stall the engine. The operator has to adjust how he mows, deciding when to slow the machine down or speed it up again. Much of this relies on hearing the engine struggling.

The Hycut is different. It senses the slowing blade tip speed and automatically reduces the speed of the tracks to compensate, allowing the blade tip speed to return to the optimum level very quickly. No intervention from the operator is required and the engine will not struggle with the request.

In conclusion, you can see that the Hycut's "True Hybrid" system gives huge advantages over other hybrid remote controlled mowers on the market.

Making it the perfect choice for professional contractors who depend on the machines reliability out in the field.