How to get the best from Thermal Weed Management

When using hot air to kill weeds, there are several things we can do to make the treatment as effective as possible.

A plant leaf only has to be briefly exposed to a temperature of around 80°C to suffer terminal damage.

This exposure to severe heat bursts the cells in the plant leaf. This in turn renders the plant incapable of converting light energy in to chemical energy (Photosynthesis) effectively causing starvation.

Further thought and research on this subject will reveal this method is most effective on young, fleshy, hungry plants rather than old established woody plants, which may have sufficient amounts of stored energy in their stems and roots to overcome temporary food shortages.  This gives us some great clues as to best practice when using hot air.

Reduce the nutrients sources for the weeds

Some weeds store lots of energy in their root system and stem, which they can use to regrow after a thermal shock. You can severely limit regrowth of weeds on hard surfaces by removing the soil and detritus, so that the plants that are there have less access to soil in which to establish a root system. This will result in plants with weaker root systems that will be easier to kill with heat in less applications. You can remove the soil on had surfaces in advance of the growing season - Winter is a great time to clean hard surfaces after all the leaves are fallen and the vegetation has died back revealing the soil. Doing this in winter will also have greatest impact on reducing new growth in the spring, as it will not give as many opportunities for seeds to find nutrients in the first place.

Clearing detritus also helps reduce the possibility of fire when using hot air, as it removes the potential fuel sources for a fire.

Heat and air does not maintain a fire without fuel. 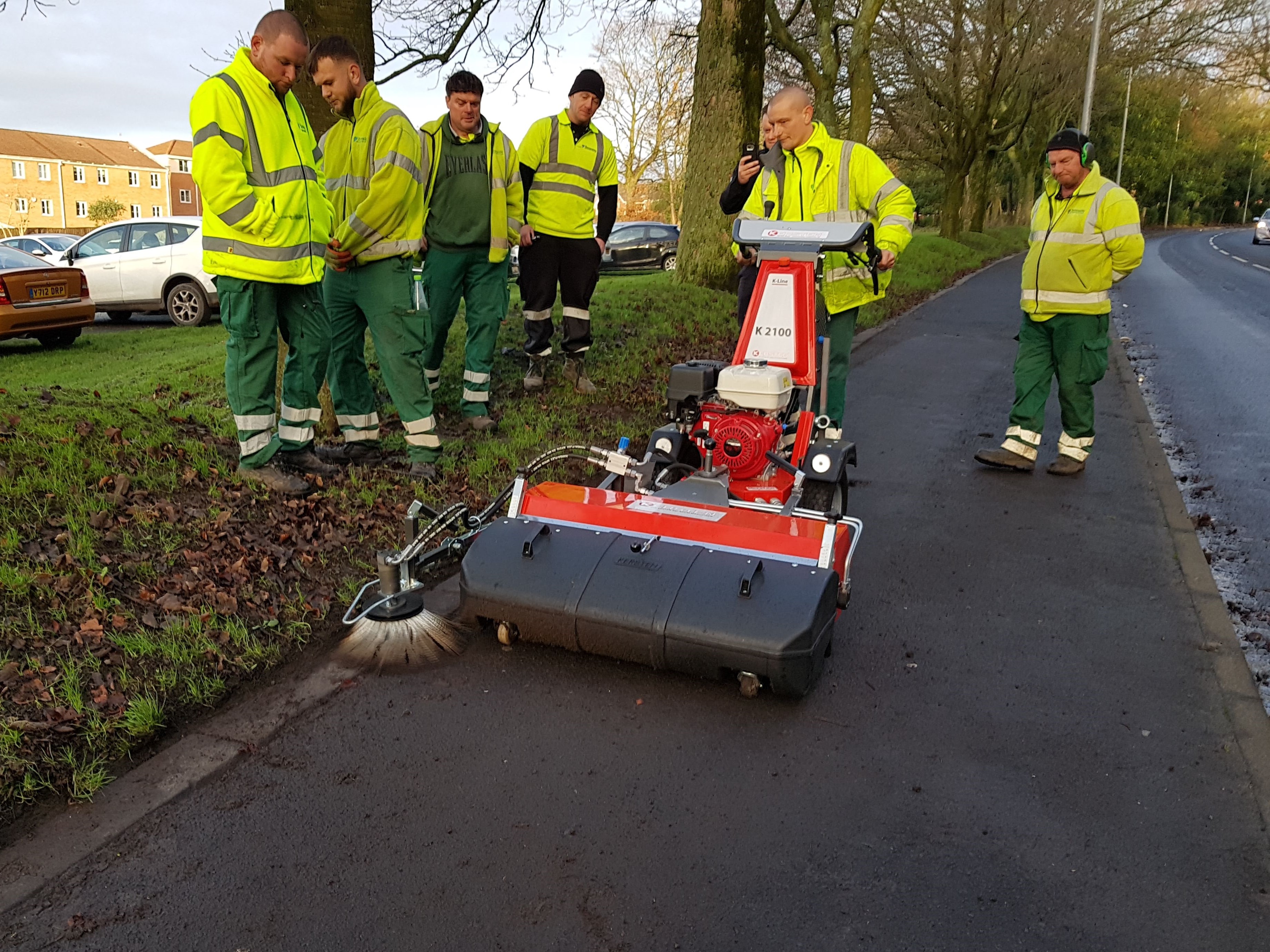 Treat weeds as early as possible in the growing season

Weeds take less energy to kill the smaller they are. Heat can even be used to kill germinating seeds, preventing the weed from ever getting out of the ground. There are several reasons for treating plants early.

Plan to treat any regrowth quickly

if you do get regrowth after treating weeds with heat, it is essential to treat this regrowth quickly while the plants are young.  Regrowth occurs when plants have enough energy stored in their root systems to regrow.  If we treat these plants again quickly we can deplete the energy.  In the early stages of a plants growth it uses energy at a fast rate to establish lots of foliage.  Once this foliage is established it can replenish the energy reserves in the roots and stem.  By this time you are back to square one.

If you can treat it at the plants time of peak energy expenditure, then the roots will quickly run out of energy that they can use to regrow again.  This will mean that the overall number of treatments in a year will be significantly reduced.

For more information and blogs on Thermal Weed Management - check out this page.