Firstly, I want to say how great it is that a survey like this is being done and the response to the survey was encouraging.  I think some good questions were asked and it highlights some important themes.

You can read the report here 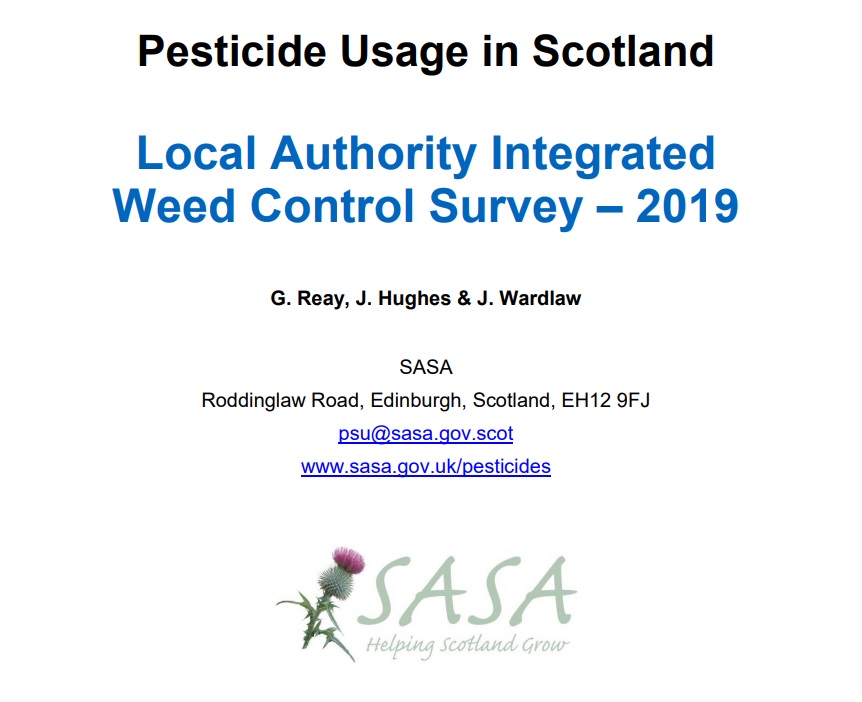 Every Local Authority in Scotland who responded to the survey claims to be using Integrated Weed Management, which is great.

When you scratch beneath the surface, you find that the survey highlights a vast gap in planning and execution of Integrated Weed Management.

"All 28 local authorities who responded stated that they used non-herbicide methods of weed control. However, only one LA had a formal policy about the integrated control of weeds. No LA had a formal Integrated Weed Management plan although one was in the process of producing one."

This is despite the fact that "Seventeen LAs (61 per cent) stated that they were aware of the Defra Best Practice Guidance(4) for integrated and non-chemical amenity hard surface weed control. This guidance was produced by Defra in 2015, primarily for LAs, to help minimise pesticide use in public spaces, to protect the environment, reduce pesticide resistance and improve public perception. A further 10 stated that they were aware of the Amenity Forum Integrated Weed Management Guidance and Template for creating an Integrated Weed Management Plan."

What I found even more disappointing though, was the limited extent to which Integrated Weed Management practices are being used to maintain Hard Surfaces.

There are very few circumstances where it is necessary to use plant protection products on hard surfaces. If Local Authorities want to minimise their use of glyphosate, they could make a huge leap forward by employing other techniques of weed management on hard surfaces. These are the easier surfaces to maintain without plant protection products and yet it's where they are most frequently used.

Mechanical Weed Removal (eg. weed brushing or ripping), was reasonably high up the list of used techniques (excluding plant protection products), which shows that at least some of the councils are thinking about other methods on hard surfaces, but there is clearly a lot of work to be done.

Maybe invasive species are rampant over our pavements? Sadly this wasn't the reason.

Invasive species are often cited as a reason to keep using plant protection products, and I agree there is a case to be made for this, but this is clearly only a small part of what these products are currently used for.

"Reasons were provided for 80 per cent of use of active substances. Where specified, general weed control (on various surface types) was the main reason given for herbicide use, accounting for 99 per cent of the weight applied. Treatment of invasive species and tree stumps accounted for just over one per cent. The only weed species specified were Japanese Knotweed and Giant Hogweed. "

The new National Action Plan for the sustainable use of Pesticides from Defra is likely to have a big impact on the uptake of Integrated Weed Management when it is released later this year.  I know from meetings I have been involved in that Integrated Weed Management will be a big area of focus in Amenity settings and I expect that the policy documents and plans will be put in place shortly after this Action Plan is released.   Hopefully this will prompt Local Authorities into doing more.

Is it not time we took this a bit more seriously?

If you are interested in phasing out the use of glyphosate in your Local Authority check out our 4 step plan here;

We also produced a Weed Prevention Guide, which you may find useful; 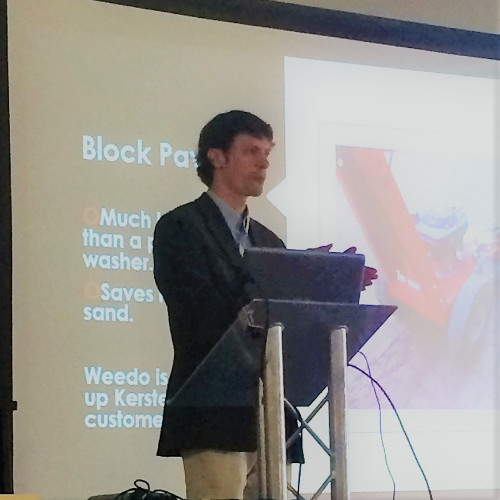