The council has a duty under the Environmental protection act 1990 to keep clean public highways for which they are responsible.

The Highways Act 1980 covers the rights and responsibilities relating to the highway but it is worth defining what is referred to as ‘highway’. The highway is a corridor along which you pass, i.e. it will include verges and footways as well as the road itself and, in general terms, extends from fence line to fence line.

Section 89 of the Environmental Protection Act 1990 imposes a Duty to Keep Land and Highways Clear of Litter and Refuse.

This section sets out the legal duty to clear litter and refuse (including dog faeces) from relevant land and relevant highways to which the public has access (with or without payment). Section 89(1) of the Environmental Protection Act 1990 places a duty on certain bodies to ensure that their land (or land for which they are responsible) is, so far as is practicable, kept clear of litter and refuse. Section 89(2) places a further duty on the Secretary of State in respect of motorways and a few other similar public highways, and on local authorities in respect of all other publicly maintainable highways in their area, to ensure that the highway or road is, so far as is practicable, kept clean. Bodies with a duty under this legislation include the appropriate Crown Authority, governing bodies of designated educational institutions, principal litter authorities, the Secretary of State for certain highways, and designated statutory undertakers such as transport companies, train and tram operators, airports and port and harbour authorities. A Code of Practice on Litter and Refuse is issued under section 89 to provide practical guidance on the discharge of this duty.

The code of practice makes clear that detritus is a specific part of this duty. Giving a grading system to show the standard (Grade A) and a corresponding table showing the requirements to bring highways back to the standard within a certain time frame. 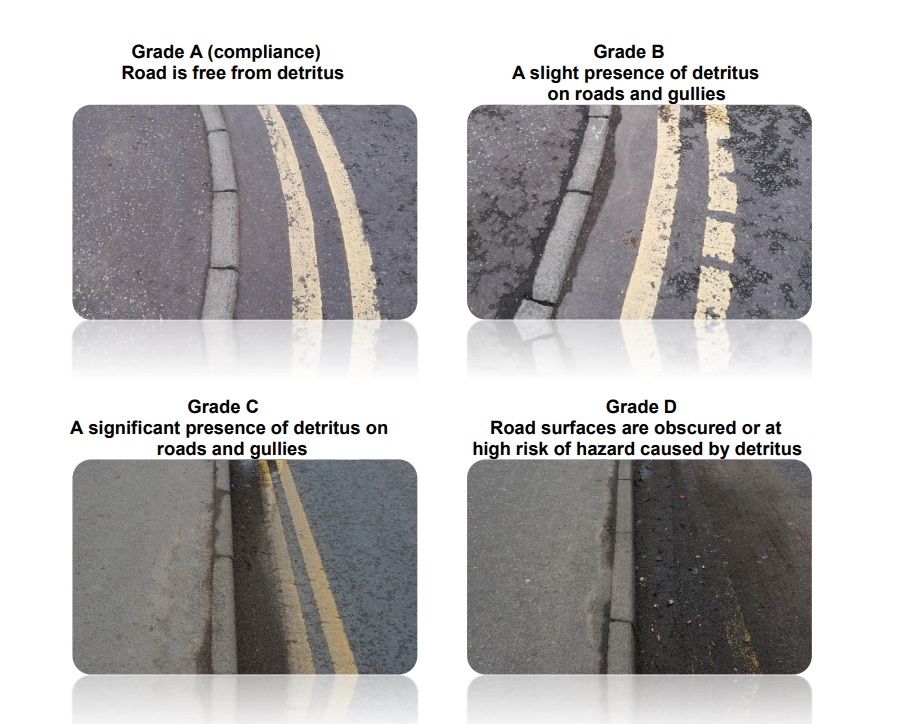 Response times are the maximum times duty holders have to restore a road to grade A. The response times allocated to grade D are intended to prompt faster remedial action where a potential hazard exists. 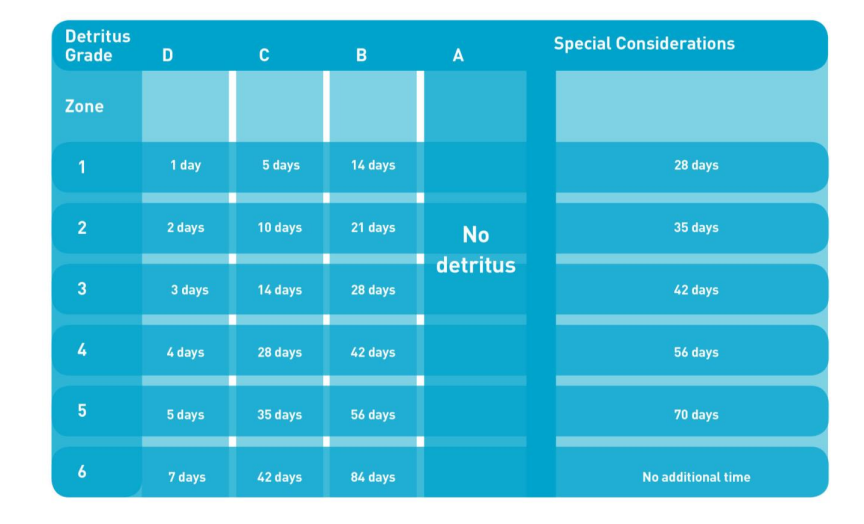 This guidance couldn't be much clearer.

But what happens across the country in reality is a different story.

As far as my fairly extensive anecdotal experience can attest, many councils have spent years ignoring the duty to remove the build up of detritus on our highways and focusing instead on reactive weed killing.

Far beyond grade D, most roads I drive down in our urban areas are by now filled with a build up of soil in the gutter and the edges of pavements.

Similar to the road and pavement below in York. 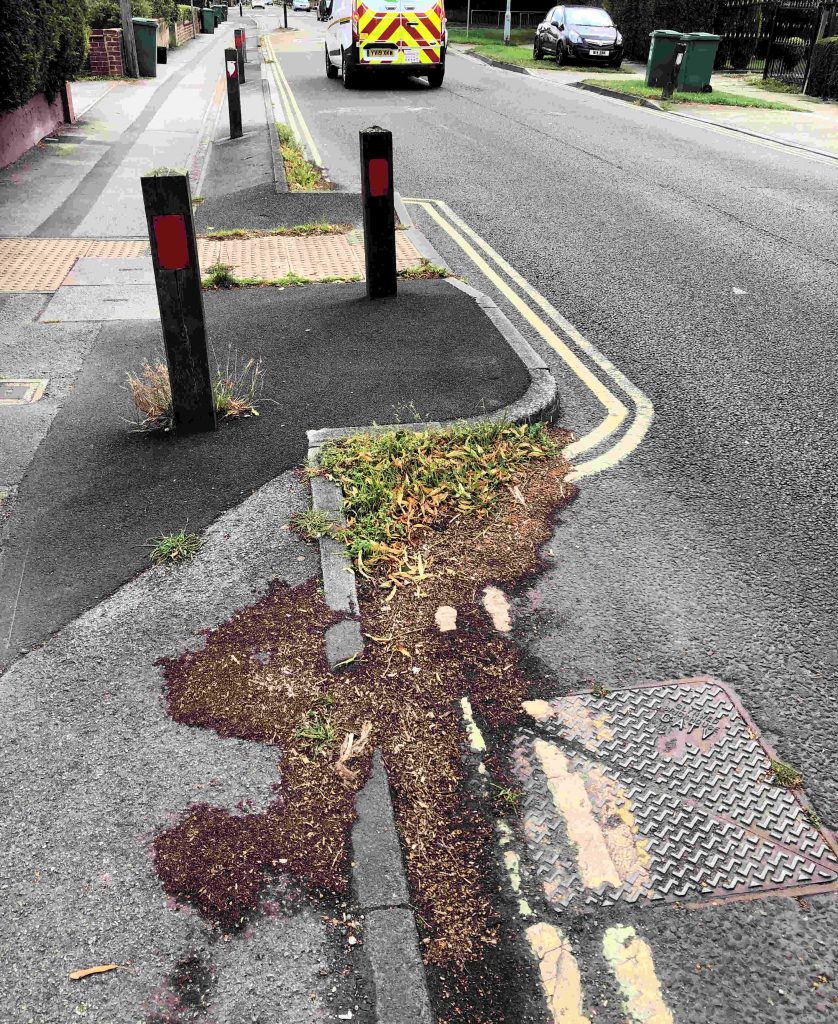 Once this happens weeds are quick to populate the bare soil on our streets, in the same way they do with any other bare soil

Although the detritus has largely been ignored by councils, the weeds are usually treated with weed killer to keep them at bay.

If the responsibility to remove the detritus had been taken seriously, there would be almost no need for this, as the weeds would not have been allowed a growing medium to populate in the first place. Clean tarmac is not a conducive habitat for weeds.

Yet in a recent survey of pesticide use in Scotland, it was found that the majority of weed killer is applied on hard surfaces.

Now, as councils are beginning to trial alternatives to glyphosate, or simply reduce frequency of applications of weed killer, weeds are taking hold. Councils are blaming this on the effectiveness of alternative treatments, but the problem actually began years before, with the neglect of detritus build up.

Looking at the picture below, we can see that there are tall perennial weeds lining the kerb. These are growing in years of detritus that has been left to build up against the gutter. 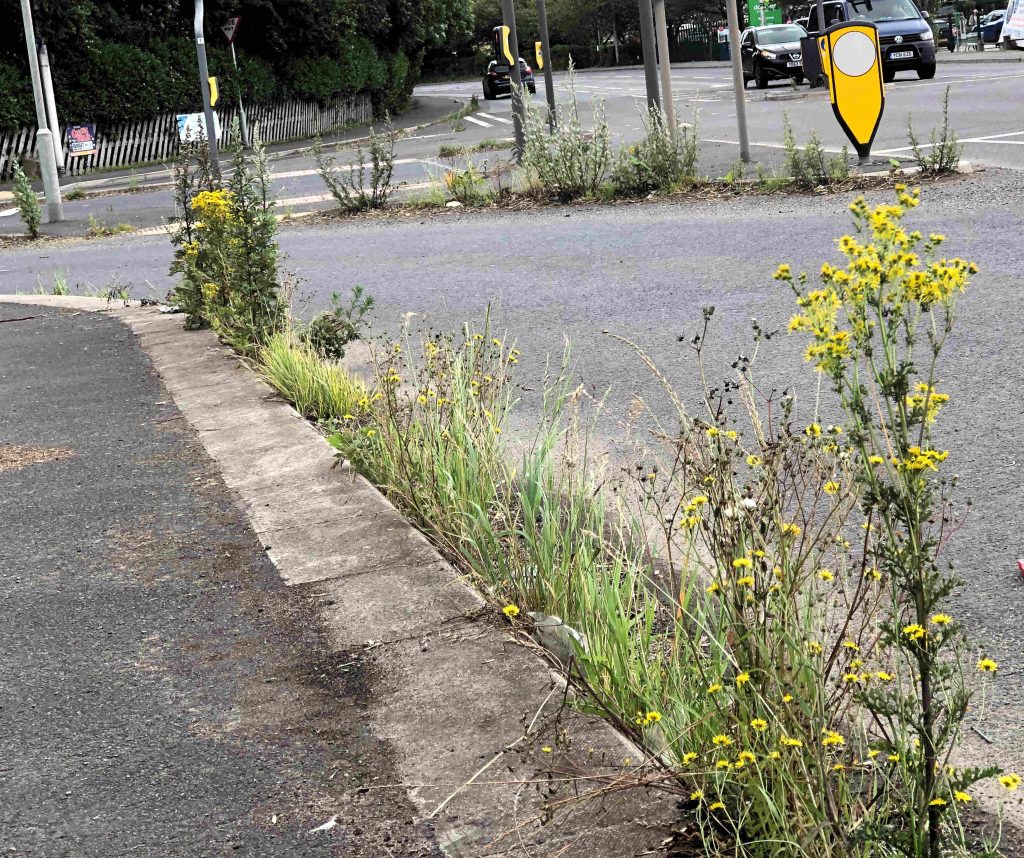 Pictures of York. Taken from an article by Steve Galloway.

Before these councils revert to using glyphosate, decrying the effectiveness of alternatives, perhaps it is time they removed the growing medium for the weeds, which they are required to do by law. If they did so, alternatives would be almost unnecessary and where needed, much more effective.

If you want to find out more about weed prevention, check out our 4 step plan to phase out glyphosate.