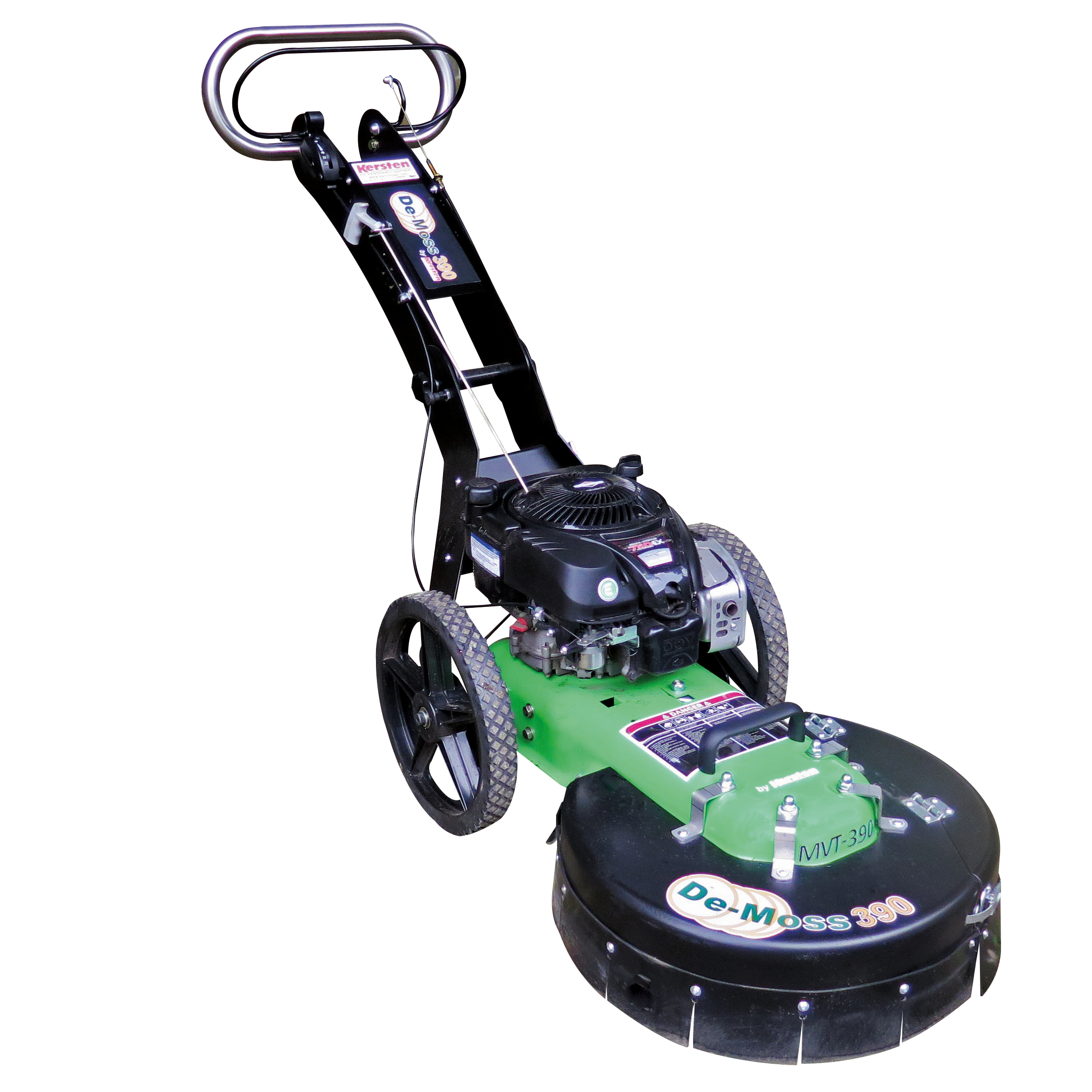 NEW De-Moss 390 - Everything you need to know

The De-Moss 390 is a simple, light to use, petrol engine weedbrush. It has six quick release hawser brushes in a machined aluminium housing, that is encased in a 2-part shield. When the left head cover is removed and the swinging axle has been re-positioned, the wall/kerb edge cleaning can begin.

What does it do?

The De-Moss 390 is used for speedy removal of weeds, moss and detritus from hard surfaces such as block paving, tarmac and concrete. The material, both dead and growing, on and above the surface will easily be removed by the heavy-duty hawser brushes. Once the overburden has been removed a clear weed free surface will be revealed.

Why is it different?

The De-Moss 390 a physically light and powerful, high speed weedbrush capable of removing moss as well as plant matter. The belt drive to the weed head keeps the RPM well below engine speed, as well as limiting the torque that can be applied so reducing the potential for damage. The individual wire hawsers can be replaced in seconds using the tool attached to the machine and can only be fitted one way.Adjustable handles allow different height operators to work comfortably and then can be folded flat for transport and reduces size for storage.The large wheels on the swinging axle, give easy forward motion as well as simple adjustment of the weed head position; this adjustment gives the ability to work in a varying terrain.

Best Areas for use

The De-Moss 390 is a machine for rapid removal of moss and over surface weeds, especially the dead stalks, from hard solid surface. The over burden will quickly be cleared to the base, where it can be swept or blown away.